No matter how you do it, rejection will inevitably cause some pain. So, how do you reject someone without letting them lose faith in themselves? Read this post to get your answer and reject someone respectfully. 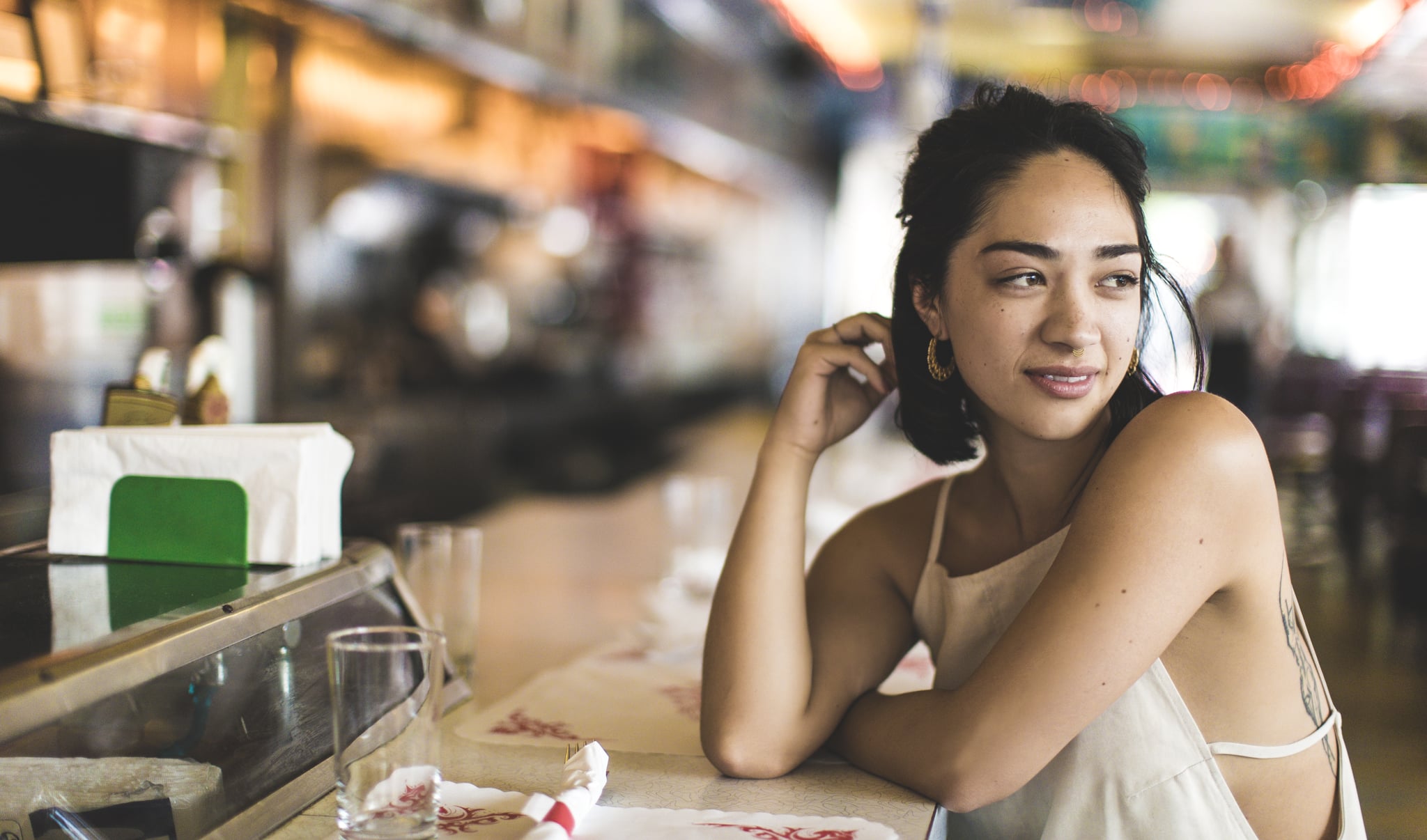 I am a huge people-pleaser. It’s taken some time for me to accept it and say it out loud, but it’s true. There is truly nothing I hate more in life than having to do something that might hurt someone or make them upset. Even just the vague concept of hurting someone else bothers me so much that I would go to pretty much any length to avoid doing so. Needless to say, this little issue of mine made dating very difficult. In particular, figuring out how to politely reject someone has been my Mount Everest.

I mean, isn’t the concept of rejecting someone who was genuinely interested in you inherently going to be hurtful? That’s how I felt when I was single. I thought there was no real way to kindly reject someone, so I’d go to great lengths to come up with elaborate lies and ego-boosting explanations all to hopefully ease the blow. But it turns out there’s another way.

Unfortunately, when I was single, I never really had anyone to teach me how to turn someone down nicely. Luckily, if you’re a single person struggling with this, I’ve got some very helpful tips to share. In a recent Reddit AskWomen thread, women shared their go-to methods for rejecting people politely — and they’re incredible.

In scenarios where someone approaches you first or you’ve had just a casual date or two, it’s best to cut to the chase. Being brief, clear, and kind will show them that it just wasn’t in the cards for you two — and that’s OK. “The two keys are tact and honesty when letting someone down,” Erika Ettin, dating coach and founder of A Little Nudge, previously told Elite Daily. “While someone might be disappointed that you don’t want to go out again, he or she can’t really be angry at you for feeling, or not feeling, how you do.”

The thing about telling someone you’re not interested is that it’s always going to be a slight blow to their ego. Being upfront and direct, though, especially when it comes to casual dating, can make it sting less. “If you want to tell someone you’ve been casually dating that you want to end things, don’t be afraid of being direct,” writer and relationship expert Kiki O’Keeffe previously told Elite Daily. “The stakes are a bit lower, so there’s less pressure on both sides to navigate tricky emotions. Be decisive but kind, and that will go a long way toward ensuring that each party feels respected.”

One of the best ways you can reject someone kindly is to avoid placing blame on them. It’s perfectly fine to simply say you don’t think you’re compatible. While you don’t necessarily owe them an explanation, board-certified psychiatrist Dr. Susan Edelman previously explained to Elite Daily that if they do ask for more details, it can be helpful to offer some context (just so long as it doesn’t hurt their feelings). If you’re worried that the real reason you’re not into them might bruise their ego a bit too much, you can always go for the “I just didn’t feel a spark — I’m sorry” response, which is incredibly fair.

It’s better to be direct than wishy washy, even if you’re not someone who usually says things bluntly. The truth is, being upfront saves the both of you from becoming even more entrenched in something that just wasn’t going to work from the beginning.

“We hate hurting people’s feelings, so a lot of times we try to avoid or be vague,” Susan Trombetti, matchmaker and CEO of Exclusive Matchmaking, previously told Elite Daily. “It’s just not the way to go. You need to close that door so you don’t string them along. For example, if you say, ‘I have other plans,’ they might ask again. While it seems caring, it’s just delaying the inevitable and making them feel like a fool which will cause more hurt feelings.”

Sometimes people don’t take rejection well, and if that’s the case even after you turn them down politely and respectfully, there’s honestly nothing you can do, according to Ettin. “If someone is not mature enough to handle this, that is on the other person,” she explained. “You can only control what you put out there, not how people react to it. But, if someone is not gracious when you’ve expressed that you’re not — or no longer — interested, don’t let that impact how you deal with similar situations in the future.” If someone reacts poorly to your rejection, it can definitely leave a sour taste in your mouth, but it’s also important to remember that at that point, it’s out of your hands.

Giving a vague or false reason can leave people confused. Not saying how you really feel can leave the whole situation up to interpretation on their end, which isn’t exactly fair, and ghosting takes it to an extreme. “Ghosting someone is especially painful because the person being rejected may simply not ever know why you abandoned them,” couples therapist Dr. Gary Brown previously explained. “It leaves them with not only not knowing why, but potentially misinterpreting the reasons.”

How to Reject Someone Nicely

Asking someone out takes a lot of courage, so if you feel safe in the situation, it’s best to try to turn down your suitor with kindness. When handing someone a romantic rejection, it can be helpful to administer the blow between a few nice things — for example, “Wow, that was smooth! I’m afraid I’ll have to say no, but you’re good at this.” Try and keep these compliment sandwiches as honest as possible — and if you truly have nothing nice to say, share something generic, such as “I love how you know exactly what you want, and I’m sure your person is out there.”

A kind rejection can also help salvage the relationship and keep you on good terms, in case you eventually want to circle back. “I’m a big fan of rekindlers,” Jon Birger, dating expert and author of “Make Your Move” and “Date-onomics: How Dating Became a Lopsided Numbers Game,” says. “There’s all sorts of research to indicate rekindled relationships succeed at an unusually high rate.” So if you have even a tiny inkling that you might want to connect romantically with this person in the future, rejecting them gently can help you leave things on good terms.

How to Reject Someone Who Won’t Listen to “No”

Not being listened to is frustrating, and trying to reject someone who just won’t take you at your word is incredibly tough. “This isn’t about you, this is about winning,” Patti Stanger, an intuitive matchmaker best known for her show, “The Millionaire Matchmaker,” says. “Someone like this likes [engaging with] people who don’t like them because they enjoy the challenge of winning at all costs.” She warns that if you do agree to a date under these circumstances, the pursuer may lose interest once they feel like they have you. When someone fights back, she notes, it’s often indicative of deep insecurity and, sometimes, narcissism.

Rather than offering more and more reasons, Stanger suggests that you should simply speak your truth and ignore or block them from there. After all, a simple “no” should be enough for anyone who’s worthy of your time and respect. Say it with us: “no” is a full sentence.

How To Reject Someone Over Text

Do not beat around the bush just because you feel bad about rejecting someone. If you have met this person only a few times, then keep the text short and quick. You can text something like, “The date went well, but the chemistry was clearly lacking. Let’s not take this any further.”

Texting can be tricky, and you may end up sending something that might give the wrong idea. So, avoid vague responses such as “maybe some other time” or “not right now.” If you want to be polite, then try friend-zoning. You can text, “It is always great hanging out with you. We are best together as friends and nothing else.”

12. Blame it on your personalities

Maybe you like this person a lot but not romantically. You have an image of a love interest, and this person is nowhere close to that image. Then, convey the same but mildly. Tell them, “We have contrasting personalities that would make us a disastrous couple, but passion for music makes us a great team. It is best if we continue being this musically bound team and steer away from anything romantic.”

Another way to decline a proposal politely is by blaming the timing. You can tell them you have family responsibilities that need to be fulfilled before you can consider getting into a relationship. You can text, “I feel honored by your proposal, but I have to turn it down with a heavy heart. I have two siblings still studying in school and two part-time jobs. I have absolutely no time for anything else and won’t be able to do justice to a relationship.”

14. Need sometime from an old relationship

Tell them you have recently broken up with your ex and need some time before you can get into a new relationship. You can be completely honest in this case and text, “I absolutely love spending time with you, but I have recently gone through a bad break up and need a friend and not a relationship right now. Can we continue being friends as always?”

15. Tell them you are dating someone

If you are seeing someone, then tell them directly but with a tone of regret. You can text, “Thank you so much for the offer, but for the past few weeks, I have been talking to this other person, and we have been considering taking things forward. It will be unfair to them if I cut off things abruptly. Hope you understand my dilemma.”

Tell them clearly that though you had a great time together, and do mislead them into thinking there is more to it. Text them, “Last night was the most I have laughed in months. Time flies when we are together. I truly cherish you as a friend and do not want to lose your camaraderie. That’s why I don’t want to mislead you. We should be friends and nothing more.”

Knowing how to nicely reject someone is a talent that many of us would like to possess. It is not easy but being mindful of others’ emotions and empathy can help you find the right words to describe your feelings in the right way without sounding rude. Next time you feel confused, think about what you would like to hear if someone was rejecting you.